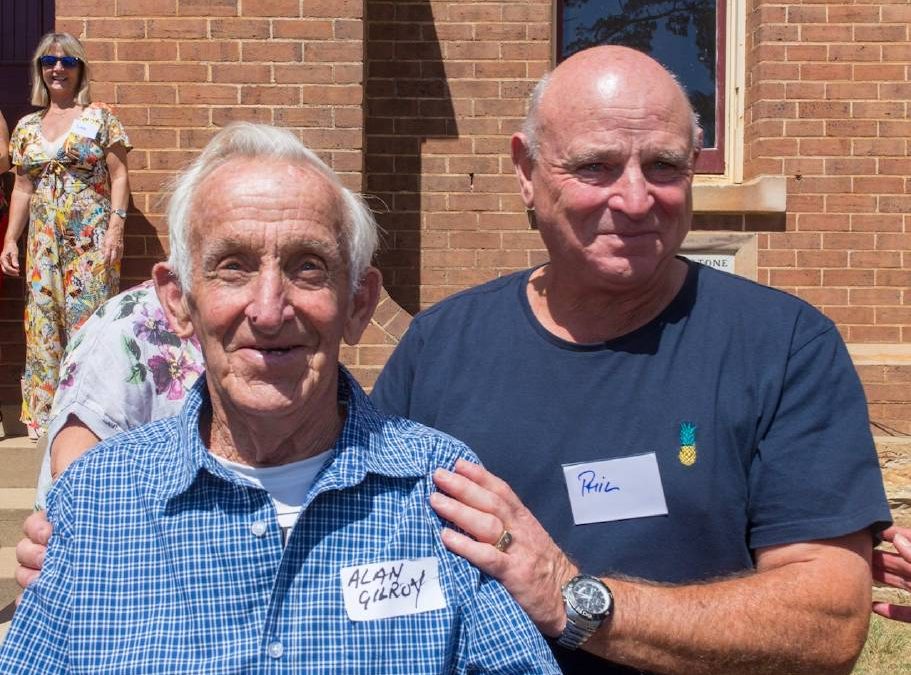 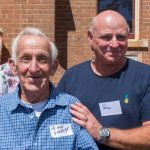 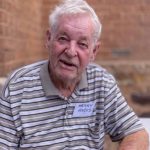 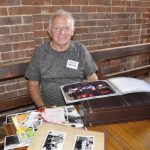 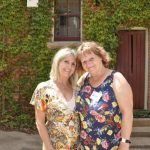 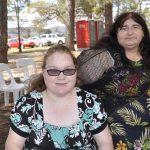 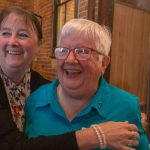 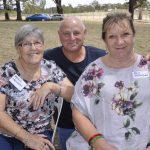 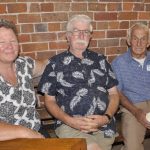 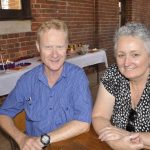 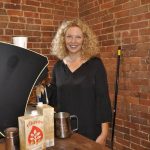 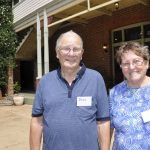 Doug Clark with wife, Roseanne, of Wollongong. Roseanne (nee Currie) was at St Joseph’s from 1951 to 1954. Photo: Louise Thrower. 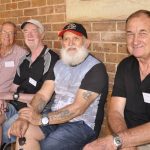 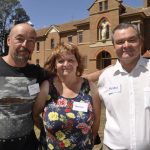 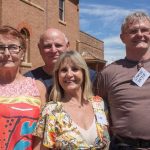 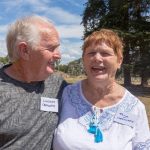 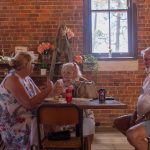 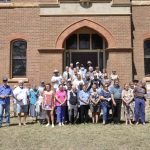 All together now. Photo: Louise Thrower.

“It’s good to see more of the girls coming along,” he said.

Some 90 people gathered on Saturday, March 2 at St Joseph’s on Taralga Road, owned by Maggie and Darryl Patterson. The couple has restored the building and have happily thrown open its doors for the reunions.

This is especially important to the Saint John’s ‘old boys’ given that the Mundy Street institution has been extensively damaged by fire.

“Maggie and Darryl are just beautiful for holding it here,” Mr Merrigan said.

“They’re always happy to have it here.”

Roseanne Clark travelled from Wollongong for the event with husband, Doug. She was at Saint Joseph’s from 1951 to 1954.

“It’s been good to see what’s been happening with the building,” she said.

“Maggie and Darryl are so kind and generous for putting this on.”

Mr Merrigan told The Post that some had attended the reunion for the first time and had difficulty driving up to the building.”

“There are always mixed emotions but it’s a good thing,” Mr Merrigan said.

Both orphanages were operated by the Sisters of Mercy.